Just a short walk to the beach for this 1 bedroom 1 bath in South Jacksonville Beach. Private side entrance with patio area. Fenced in side yard, ceramic...

$995 - 1/1 - Super Sweet Downtown Location - Great views in this Downtown Apartment. City Place Vacancy! One bedroom and one bathroom. Kitchen to include...

Freshly painted throughout and brand new carpet in this nice brick 3/2 vacant and available beginning of February.tenant occupied need notice to show. Nice...

2-Story Home Close to Beaches at a great price! AVAILABLE NOW - FINANCIALLY RESPONSIBLE PARTY MUST VIEW PROPERTY BEFORE APPLYING This 2-story is located...

Beaches area fenced 2-story close to Mayport - Terrific, large 2-story home only a short drive to Mayport Naval Air Station. If you want to be close to the...

This updated upstairs apartment offers one bedroom with an office (or a second bedroom), kitchen with a range and refrigerator, and a living room.

Historic Springfield has a lot of neighborhood activities, and you could be in the center of it all! Recently re-modeled downstairs unit features one... 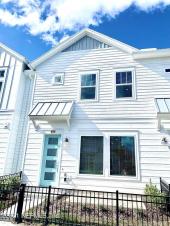 Beautiful, Brand New townhome in Tidal Pointe. What more could you want for the Holidays?! Let's talk about amazing location - close to the Town Center...

Great one bedroom one bath located in Summerhouse. Ground floor, all new appliances and countertops. Tile throughout. Wood burning fireplace, washer and...

Charming 3/2 home in San Marco! You will fall in love with the adorable Sun Room that would be perfect office space or a playroom. You will find character...

AMAZING CONDO AT THE PENINSULA WITH RIVER & DOWNTOWN VIEWS! Like new, with brand new carpet and completely repainted, this 1 bedroom unit has a den, open...

Information about the City of Jacksonville Beach Florida

Unlike nearby St. Augustine, Florida which is one of the oldest continuing cities on the North American continent, the city of Jacksonville Beach was not really developed until the late 19th century when a small resort was founded along the beach. During the Spanish-American War in 1898 the town began to grow as troops were stationed in the area for training. The town itself officially took the name of Jacksonville Beach in 1925 and has been steadily growing ever since.

The climate itself is moderate and comfortable year round, although the town occasionally will experience freezing temperatures during the winter months. The economy itself is naturally based on the tourism industry and has developed a remarkable family friendly atmosphere which has attracted a younger crowd to this area. While retirees are naturally present, they along with the "snowbirds" are more prominently found in the southern areas of the state.

The attractions for Jacksonville Beach start with the numerous family oriented sites such as the South Beach Park which has a wide variety of playgrounds for kids, tennis courts, fitness trail and several picnic areas for adults as well. There are plenty of high quality golf courses in the region as well, but the main attraction is still the beach, especially during the summer months for fishing, sunbathing and water sports.

Finding houses for rent in Jacksonville Beach, along with apartments, duplexes and purchasing real estate is not that hard. Naturally the beachfront property is more expensive and harder to come by, but overall the growth potential for this part of Florida is solid thanks to nearby Jacksonville and its thriving community.

If you are looking for an attractive, family oriented place to start a new career, Jacksonville Beach is certainly one of the places you should seek out. With Jacksonville Beach rentals, you can quickly find a place to stay and establish yourself along the beautiful beaches of the Atlantic in this growing part of Florida.