Houses For Rent in Clearwater ,FL

Cute 2 bedroom 1.5 bath duplex located in New Port Richey. The large kitchen offers plenty of cabinet space and opens to the Living/Dining room which is...

Nicely renovated South Tampa home built in 1952. Has 3-bedrooms, 2.5-bath. Hardwood flooring throughout. The living room is in the front of the home (13x14),... 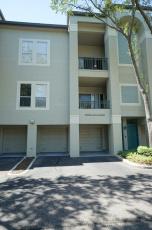 rnrnFURNISHED....This condo is located in the Island Place community on Harbor Island. This unit is approximately 975 sq ft of living space and It features a...

This immaculately maintained 3-bedroom, 1.5-bathroom 1 carport, 950 SF single-family home is located in South Tampa, has a carport, and is located on a large...

EV hookup in the garageThis 2 bed, 3.5 bath, 2 car garage townhome has an open floor plan with living room, dining room and kitchen on the second floor....

This 5 bed, 2 bath home has a L-shaped, living and dining area and family room with fireplace (for looks only). The kitchen has plenty of storage space. Flat...

rnrnThis 2-bedroom, 2-bathroom, 787 SF first floor condominium is in the gated community of Mallory Square in beautiful South Tampa. The home has a combined...

Clearwater is located in Pinellas County, Florida and is known for the world-renown beaches it offers to residents along with many recreational and nature attractions with accommodations to fit any lifestyle and budget. Ranked the best Beach on the Gulf of Mexico by Stephen Leatherman (Dr. Beach) a professor at Florida International University who tracks and ranks America's beaches for over a decade. USAToday.com has previously ranked Clearwater beach amongst the Top 10 list of Best Beaches.

Located on the west side of Tampa, Clearwater Florida enjoys the trappings of an ocean side town of roughly 60,000 with access to one of the largest cities in Florida. This makes Clearwater an ideal location for those who want the ambiance of living in a moderate sized community, yet have a nearby city complete with professional sports teams and a thriving economy.

The origins of Clearwater began in prehistoric times when the area was occupied by the Tocobaga people. In 1835 Fort Harrison was constructed on a bluff overlooking the natural harbor during the Seminole Wars and later on settlers began moving into the area. The origins of the name Clearwater are not fully known, though it may have come from a fresh water spring that flowed near where the current city hall stands. The city of Clearwater remained a relatively small community until World War 2 when it was the site of a major training base for soldiers. From that point, Clearwater began growing steadily along with its neighbor Tampa into the larger communities that you see today.

While the main feature of Clearwater is the long sandy beaches, the thriving art community, theatre district and spring training center for the Philadelphia Phillies brings in a substantial amount of tourism throughout the year. But for those looking at houses for rent in Clearwater, the tourism-based economy also features enough diversity, especially in the health care industry that the economic outlook for this community is strong.

It must be said however that Clearwater along with Tampa was one of the cities hardest hit by the housing crisis of 2008, but thanks to the bold implementation of economically friendly policies in nearby Tampa, Clearwater has enjoyed a stronger recovery than many other similar sized towns and cities in Florida. This is not to say that those looking at homes for rent Clearwaterwill find the economy booming, but there is enough work that finding work is not a great challenge, especially in the heath care and service industries.

The real estate market itself is still recovering from the housing crisis of 2008, but for buyers or those looking at houses for rent in Clearwater the market is wide open with plenty of opportunities available. Naturally, properties along the beach are in higher demand and fetch higher prices, but you can find the right home for you budget in Clearwater.

Whether you are considering starting fresh with a new career, looking for existing job opportunities or finding a good place to retire, Clearwater does offer more than just a great ocean side beach overlooking the Gulf of Mexico, the temperate climate insures that it doesn't get too cold in Clearwater, though the occasional chilly spell will occur. There are wonderful museums, nature parks that let you get close to dolphins, theatres, golf courses and spas that you can enjoy. The family friendly nature of Clearwater makes for the perfect place to take your family in finding a new place to live whether you choose to purchase real estate or find homes for rent in Clearwater FL.

Clearwater offers many attractions including arts and crafts and museums that offer something for everyone like Adventure Island Water Park, Clearwater Marine Aquarium and close by in Tampa is Bush Garden theme park. Clearwater dining and nightlife offer over 400 restaurants from fine dining to fast food restaurants located to many houses for rent in Clearwater FL in the area.

With an average population of 107,685 and growing economy residents and many neighborhoods offer nice deals on Apartments rentals, Home Rentals and sales. GreatSchools.com recently rated Clearwater Schools a 6 out of 10 rating. Local colleges include Clearwater Ultimate Medical Academy, Clearwater Christian College and the nearby St. Petersburg College and University of Tampa that offers off campus housing in Clearwater, Tampa, St Petersburg and surrounding areas. For college students you are sure to find the right home for rent while you enjoy your stay in the great city of Clearwater Florida.